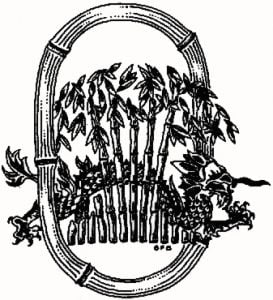 The Vietnam Veterans Oral History and Folklore Project is engaged in an ongoing undertaking to collect, preserve and make better known the folklore, especially the folksongs, of Americans in war.

To most of us, the Vietnam War has a rock and roll soundtrack. All the songs of the sixties were part of life in the combat zone; troops listened to music in the bush and in the bunkers. But there were other songs in Vietnam, too–the songs made by the American men and women, civilian and military, who served there, for themselves.

Some of these were part of the traditional occupational folklore of the military. The pilots who flew off the carriers and out of Thailand sang songs that were known by aviators in the two World Wars and the Korean War; the grunts knew songs which were sung by their grandfathers in the trenches in France. Other songs grew directly out of the Vietnam experience.

Like all folklore, these songs served as a strategy for survival, as a means of unit bonding and definition, as entertainment. They also provided a means for the expression of protest, fear, and frustration, of grief and of longing for home. All of the traditional themes of military folksong can be found in these songs: praise of the great leader, celebration of heroic deeds, laments for the death of comrades, disparagement of other units, and complaints about incompetent officers and vainglorious rear-echelon troops. Like all soldiers from time immemorial, the troops in Vietnam sang of epic drinking bouts and encounters with exotic young women.

Civilians serving with agencies such as AID, JUSPAO, CORDS, and the State Department had their own songs. The Cosmos Tabernacle Choir was composed of CIA agents who used to meet in the Cosmos Bar near the American Embassy. Women serving with the Red Cross and Special Services sometimes sang songs of their own composition to the troops.

In some cases both the words and music were original; usually new lyrics were set to folk, country or popular tunes. Barry Sadler’s “Ballad of the Green Berets” alone spawned dozens of parodies. The influence of the folksong revival was strong, especially in the early or advisor period of the war. Many of the soldiers, particularly the young officers who had been exposed to the revival in college, were already experienced musicians when they arrived in Vietnam. Often they sang together in Kingston-Trio-style trios or quartets: the High Priced Help, the Merrymen, the Blue Stars, the Intruders, the Four Blades. Country music groups were also formed in Vietnam and many songs are based on country favorites. Later in the war, many of the young soldiers had played in rock bands before being drafted and this, too, is reflected in the music. Even the songs of the anti-war movement at home were sung in Vietnam.

The same technology which made it possible for the troops to listen to rock music “from the Delta to the DMZ” provided ideal conditions for the transmission of folklore. The widespread availability of inexpensive portable tape recorders meant that concerts, music nights at the mess, or informal bar performances could be recorded, copied and passed along to friends. Some especially popular groups made tapes for their fans and several singers had records cut. Many units published dittoed or mimeographed songbooks.

In Country: Songs of the Vietnam War

Since 1983 the Vietnam Veterans Oral History and Folklore Project has been collecting these tapes and songbooks and attempting to locate the singers and song writers. On July 13, 1989, the American Folklife Center at the Library of Congress in Washington, DC, presented In Country, a concert of songs of the Vietnam War followed by a symposium in which scholars, including Project director Lydia Fish, discussed their importance as an integral part of the history of the war.

On Veterans Day, 1992, PBS broadcast an Austin City Limits special featuring singers associated with the Project. Other concerts have been presented in various parts of the country, including one at the Smithsonian in the summer of 1994. In 1991 the Project produced a recording of these songs, In Country, for Flying Fish Records. Recently we have been working with Border City Records to produce documentary records of material from the Project’s archives.

We hope that these and future programs and recordings will inspire veterans to remember and to share with the Project songs from their own experience: songs which they sang or collected in the form of manuscripts, books, records or tapes. If you do not have facilities for copying open reel tapes and are willing to send us the original tapes, we will have professional copies made and return your originals safely along with digitally-enhanced CD copies.

Project logo from an original drawing by Sara Fish Brown.